Unfortunately I didn’t have much time to play this CTF, but this challenge caught my eyes and I decided to look at it at the last few hours of the tournament. I didn’t manage to do it in time for the CTF due to the lack of time and some bone-headed mistake, but I went on with it anyways the day after.

Note: All the files related to this challenge can be found here

So we were given showmethemoney.zip with the description:

Not very helpful, but we check out the contents and we find 3 files

Not very informative yet, but seems highly likely that we’re looking at some hypothetical ransomware situation. We need to dig deeper.

A quick look at showmethemoney.exe reveals that it is a .NET executable. Neat. So I fired up .NET Reflector to check it out. The application is relatively simple, just a couple of classes.

AesCryptoHelper is a rather peculiar wrapper class around .NET’s AESCryptoServiceProvider, and it seems like a red herring because it’s never referenced in the code that actually gets run. Let’s dig a little deeper then.

There are some interesting things going on here, but for a quick rundown of how things happen starting with Main:

With this in mind, I started looking at how could I possibly replicate the state of the System.Random PRNG to hopefully manage to recover the key. I frantically searched for any bugs or information leaks from GUIDs only to learn that this specific GUID implementation is a UUID version 4, as indicated by the character 4 at the beginning of the third part in the given ID 09ce12e1-b775-4bda-af37-8abd886478ee. Those do not leak information (allegedly) like previous versions of UUID and are well, for all purposes of this challenge, a dead end. And this would be the reason why I couldn’t finish this challenge during the CTF as I went on looking down this - incorrect - path wasting a good hour and a half before calling it quits for the day.

Fast forward a day later, I decided to list the information that I currently posses:

After listing the 2nd item, I already knew what I missed. So I fired up nmap and decided to take a look at this server, which luckily was and is still running at the time of writing of this post. There were 3 open ports: 80 (http), 22 (ssh), and 9999. We know that 9999 is the port that the ransomware sends the keys to, but why is 80 open? 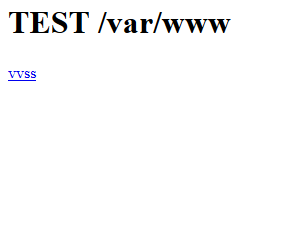 Oh look, what is this? vvss? It turns out to be an ELF. IDA is fired up and after some quick messing around, we learn that this application uses 2 sqlite databases, namely keys.db and keysbak.db, the latter seemingly a backup of the former. It also accepts input of the forms:

For (1) and (2), it forms a query that it executes on keys.db. (1) adds a new row to the table keys with columns qid=string1, plain=string2 and len=length(plain). This is clearly the routine used to store keys and their respective IDs that the ransomware sends. (2) reads the row with qid=string1 and deletes it from the table afterwards. It’s very likely that neither of these are of any help given what they do.

So now that we know what we need to do, it’s very easy to write a python script that will send our query to the process. This is the output from the script:

It’s just as simple then to write another script to decrypt the contents of flag.txt, and indeed we get the flag we’re looking for: alictf{Black_sh33p_w411}

Moral of this writeup: do your reconnaissance well before going down rabbit holes.